Like most coaches before a season, Kalum Haack wanted to believe his Katy softball team had a chance to be good.

“You always want to think that, but with what we did last year, I was thinking, “Crap, I hope we can just finish second in district.” said Haack, whose Tigers finished third in 2014 and lost in the second round of the playoffs.

But four and a half months after their first practice of the 2015 season, the young Tigers (only two seniors) showed Haack and the rest of Texas that they are in fact, not just good, but really good. Playing in the Class 6A state tournament at McCombs field, Katy knocked off perennial power The Woodlands in the semifinals and on Saturday, beat 2013 champion Lewisville 3-2 for the state title.

The Tigers (36-6) rallied, tying the game in the fourth inning before winning in the bottom of the seventh. A McKay Bloxham fielder’s choice with the bases loaded scored junior Nicole Valdez.

“I was nervous but I was ready. I haven’t been doing too well lately and so finally to come out of that – in this situation – is great,” said Bloxham, a sophomore with one hit and two strikeouts at state before her game-winner. “This feels amazing.”

Making it even sweeter is the road Katy took. In back-to-back playoff rounds, the Tigers survived powerhouses in Alvin (2008 champion) and Brazoswood (2006 semifinalist).

Against The Woodlands, the Tigers found a way against left-handed pitcher Abby Langkamp, a Baylor signee. Lewisville featured junior lefty Maribeth Gorsuch, an LSU verbal commitment just as dangerous at the plate as she is in the circle.

Katy intentionally walked Gorsuch twice but had to pitch to her in the fourth inning with the Farmers (28-7) rallying.

Lewisville chased Tigers starter Kourtney Coveney after a one-out walk and single – she moved to first base and Kylie Redding took over. Redding struck out Summer Quiroga, but three straight singles scored two runs, giving Lewisville a 2-1 lead, and more importantly, brought up Gorsuch with the bases loaded.

Redding got Gorsuch to hit a groundball to third baseman Kayla Garcia, who touched the bag for the third out.

“What we did a really good job of is not pressing and when something bad would happen, we would respond,” Haack said.

Katy did – Coveney walked to start the bottom of the fourth and Garcia doubled her home and tie the game. Garcia was the championship game’s most valuable player.

A freshman, Garcia went 3 for 3 and had a hand in nine outs, including an unassisted double play to end the Farmers’ third. Lewisville had the bases loaded when Kaylee Rodriguez lined out to Garcia, who beat Nicole Nelson back to third for the third out.

In the seventh inning, a Nicole Valdez flyball fell in after Gorsuch and first baseman Makayla Corbin collided. Gorsuch then hit Emily Hitt. Ashley Nassy followed with a grounder back to Gorsuch, who threw to third base for the force but the throw got away from A’Leecia Bell. All runners were safe with no outs for Bloxham.

“Stuff like that doesn’t typically happen to us, but for whatever reason, they couldn’t hear each other and that was costly,” Lewisville coach Lori Alexander said of the first error.

Said Haack: “I’ve been coaching a long, long time…and there’s been times when things have not gone our way or we’ve made a mistake and lost a big ballgame. Then there’s like today – it goes in your favor and if you play long enough, it’s going to happen.” 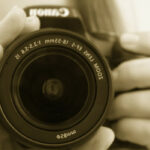